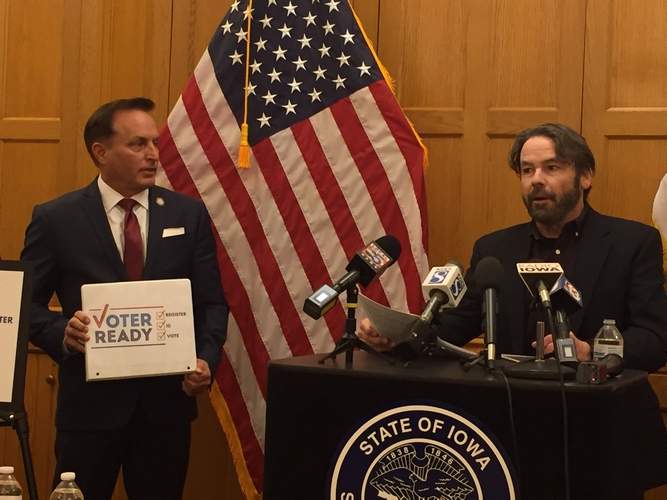 By wordpress@victoryenterprises.com | March 7, 2018 | News | No Comments

DES MOINES — Secretary of State Paul Pate is launching a 99-county “Voter Ready” education effort to prepare Iowans for the soft rollout of the state’s voter identification law that goes into effect this year.

Already, 93 percent of Iowans eligible to vote are registered and 93 percent of them have driver’s licenses, which poll workers will begin asking voters to provide when they cast ballots. A U.S. passport, veterans and military ID, or a voter ID card issued by the Secretary of State Office also can be used as proof of identification.

The Secretary of State Office recently mailed 123,000 voter ID cards to eligible voters who were not included in a state Department of Transportation database of Iowans with driver’s licenses. The office received about 18,000 “return to sender” responses indicating those people have died or moved.