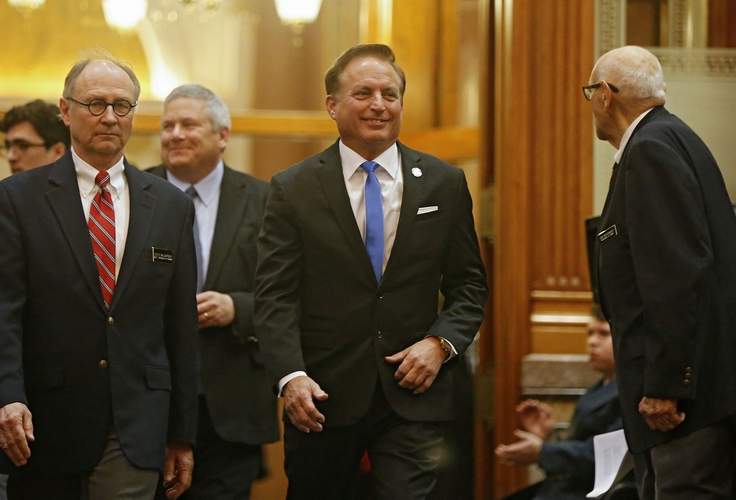 By wordpress@victoryenterprises.com | March 7, 2018 | News | No Comments

DES MOINES, Iowa  —  Secretary of State Paul Pate says the time for arguing the politics of a voter ID law are over and its time for Iowans to make sure they’re ready for the changes.

In 2017 the Iowa Legislature passed Pate’s voter ID legislation, requiring all Iowans to have a state-issued ID before they’re given a ballot on election day.  For most Iowans that means showing a driver’s license.  Those who don’t have licenses will be issued a voter ID card for free.  Pate says 123,000 of those cards have already been mailed to Iowans who are registered to vote but aren’t in the Iowa DOT database.

While the law is now in effect Pate says Iowans will be given one year to adjust to the new law.  “This is a soft roll out.  So we want everyone to bring their ID to the polling place and to show it.  However if you do not have your ID you’ll still be allowed to cast a regular ballot,” says Pate, “after signing an oath swearing to your identity.